My journey into our shared past began with a poem.

I wrote about leprechauns once; it was intended as a throw-away piece, four playful lines that mimed the knowing humour of Sid James and the 1960s in general, with the wink wink, nudge nudge humour fusing with an Irish stereotype that moved away from the begorrah and bejaysus and into the joy of romantic love.

The sensuality of the Gaels, in spite of Catholicism, is well known. Nevertheless, the poem was supposed to finish after the fourth line, ‘Beneath the Irish rain of my kisses’ and that was supposed to be that, a final redemptive line that saved it from the rough propositioning of the opening ones.

But, there was to be more.

Out of interest, I Googled the history of the leprechaun. The very name invaded my mind with memories of Sean Connery’s very first role in Darby O’Gill and the Little People, and of the Americans, who we had hoodwinked – one idle day – into believing that leprechauns were kept as pets.

There is even a Leprechaun Museum in Dublin that, I must concede, I had dismissed as a cultural cul-de-sac, a tourist magnet that was fun but almost certainly ridiculous. As I now know, it is a very informative and educational experience which covers Irish mythology extensively. 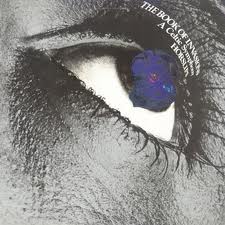 When I discovered this, here in Madrid, I looked apologetically at the two James Joyce books I had just purchased, The Portrait of an Artist as a Young Man and Dubliners, and I recalled my local poet Michael Hartnett. I felt guilty about not knowing the geography of my cities, my people and, by extension, the Irish soul. James and Michael would never have done this.

The fact that hooked me, and which led to the longer poem, was the nugget which revealed that leprechauns, some believe, are descended from mysterious pre-history and were linked to the story of the Gaels, the story of how the Irish came to Ireland.

The story of this is largely told in the Book of Invasions and, as such, conforms to other ancient texts with its focus on wandering, war and homeland. In fact, the book was commissioned with the express purpose of creating an Irish identity that linked it with the Bible. This was done so the (largely imagined) history of Ireland would have a wider significance and also mirror the glory of classical civilizations such as Greece and Rome.

The book details the story of the different mythological people that settled in Ireland and some were beset by famine, plague and other misfortunes; some protagonists transformed into fish, stags and other animals before turning back into humans and recounting their tale.

The cast of characters is immense, with women such as Espa representing their places of origin, such as Spain. The language is rich: lands like Spain are referred to as the Land of the Dead.

In the first half of the poem. this quite clear. When I move on to say:

A local goddess taken by the hand

You – of the learned blood

When you say myth

I say fantasy and store its sum

Fall beneath the Irish clouds of bed linen

Under the Irish darkness we worship Danu

In the book, it is the Spanish who, after building a tower, spy Ireland and arrive. They come and are helped by three Irish women, who entreat them to name the country after them. The Spanish pick one, Erin, and Ireland is named after her. Hence the line which concludes the poem: And I will put it all in your name.

In real historical terms, Irish DNA has been traced back to Northern Spain.

The reference to ‘learned blood’ refers to the Tuatha Dé Danann, the supernatural people who eventually gave away to the Gaels. Their mother goddess was Danu, and there is a mountain named after her in Ireland.

A tutor of mine once asked me why I had no interest in Irish myth. I told him that it was because Greek and Roman myth was more interesting. I was wrong. Every nation tries to articulate where it came from and myth, as the root, bears the seed of an imagined and unifying past which shapes all of the people caught in its ribbon.

The Horslips released an album called The Book of Invasions, which is a musical retelling of the above. You can listen to it here.

And here the mythology is explained in a little more detail: