Spoken, Loved, Unwritten: The Strange Evolution of the Basque Language

I remember the one and only subject where I learnt something about the Basque language at school. My secondary literature teacher was nicknamed The Cat after her round, green eyes, and she was quirky and unpredictable.

She probably got more abuse than she deserved from students but, to be honest, she mined my teenage sympathy for her with every ‘alright’ she uttered after I nervously read a piece of work in front of the whole class.

I could have been holding a skull whilst reading, and my words would have left her numb. I only managed to get some emotion out of her that time I forgot to bring my Don Quijote book into class and she made me write an essay on a topic of my choice as ‘punishment’.

As she scrutinised my ‘elegy to forgetfulness’ written à la Cervantes, she went from old woman’s cat to Cheshire cat, and I am pretty sure she drilled through the table with her red pen when she underlined her ‘very original’ comment. Adult me suspects we didn’t share the same sense of humour.

It is a well-known fact that current Spanish school curricula (there are different ones for different provinces) brush through substantial parts of the subject such as history or literature. But you could have said this same sentence twenty years ago, and it would have still held true. Galician, Catalan/Valencian (this would bear an article of its own) and Euskera (Basque) are co-official languages to Castilian in their respective provinces, and the general lack of knowledge of their literary and linguistic universe elsewhere in Spain is striking, to say the least.

But it wasn’t The Cat ’s fault that she had tonnes of knowledge bins to collect from. All she ever pulled out about any other language that wasn’t Castilian was some wrinkled paper ball.

I suppose the fact that Basque is a non-Indoeuropean language (the only one in Western Europe), which bears no relation to Latin (despite its many loans from it) made it more difficult to establish an emotional link with it.

Still, the effects of the political demonization of the language in Castilian-speaking areas are not to be underestimated and this fact contributes to the strange evolution of the Basque language. 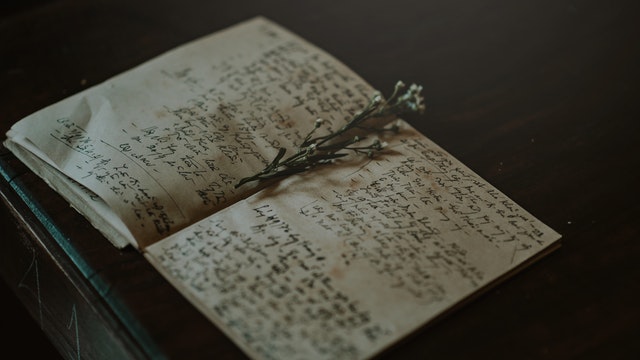 Exploring the depths of vernacular languages

As with many things in life, fascinating topics are something we find whilst looking for something else. I recently listened to an enlightening episode by Irish History Podcast which spoke about Peig Sayers and Robin Flower. Flower was a historian with a keen interest in the Irish language and history, who gathered essential testimonies about Irish culture and society at the beginning of the 20th century from people such as Peig Sayers.

What caught my attention about Flower was that he translated many Irish works into English, thus making a wealth of knowledge and culture available to a much broader audience. I wondered, had anything similar been done with Basque, another language far removed from Latin?

As adults, we sometimes assume that we know the basics to most things, and the realisation that we just know a fraction of our own little bubble, not even that, is bound to come as a shock. It is like watching an episode of Blue Planet about deep-sea fish; if it wasn’t because David Attenborough is telling you, you would never believe all those hollowed eyes and nightmarish smiles had been there all your life.

I got the same shock when I started researching the Basque language. How on earth did I not know that it remained unwritten for circa 1,000 years?

More knowledge shockwaves in the strange evolution of the Basque Language

For centuries after it was first written as annotations on the side of an 11th century Latin codex, Basque remained a language used strictly by priests in its written form.

It has been suggested that this monopoly was used as a means of controlling a fundamentally rural population and stopping them from having access to revolutionary ideas which were bound to be spread in either Spanish or French.

If, until the 18th century, priests writing in Basque focus on religious texts – whether poetry, ascetism or biblical text translation and interpretation – from then onwards some of them also focus on showing Basque as a usable language, developing grammars and dictionaries.

An interesting piece of work was Peru Abarca, by J. Antonio Moguel (1745-1788), the first documented novel, which focused on a dialogue between two people from different social extracts and with a different degree of command of the Basque language.

The first secular writer we come across is Arnaut Oihenarte, who, in the 17th century, wrote a love poem called ‘A snowstorm in winter’. It might not be exactly the most original of romantic poems, but it is a testimony to the possibilities of the Basque language in terms of expressing imagery and metaphor.

It has even more value when bearing in mind that, although poetry was for centuries the genre most widely cultivated by Basque writers, up until the 20th century we only know of a very limited number of works. Also worthy of mention is the work of the first known female writer, Vicenta Moguel (1782-1854), who translated Aesop’s Fables into Basque, and added a few more stories of her own in her vernacular language.

But, how did the Basque language manage to survive for 1,000 years without being written down? The answer must be, of course, oral tradition.

Intangible heritage, albeit seemingly invisible, is a fundamental part of culture. A small sample of this heritage has reached us, in the form of medieval funerary elegies and compositions narrating disputes between rival families.

After The Strange Evolution of the Basque Language, A Few Conclusions

So, to go back to the question that prompted this research, has anyone taken it upon themselves to translate these works into Castilian? Surprisingly, the answer is that Basque literature remains largely untranslated.

An interesting fact is that the few examples we do have been translated by the authors themselves (Basque literature has some fascinating reflections on how this situation affects translating dynamics, and we have also spoken about translating our own work elsewhere). A good illustration of the scarcity of translated works can be seen in El Portal de la Poesía Vasca.

This website is an outstanding contribution to disseminating Basque poetry which also includes translations into Castilian, French and German. Nevertheless, a quick comparative glance at the works included in the Basque section and those in the Castilian section helps give an idea of how little Basque literature is known elsewhere in Spain.

I, for one, feel lucky to have come across these pieces of writing and to have got a better insight into a language that has miraculously survived despite its isolation and mysterious origins.

You can listen to our podcast on RadioPublic, the aural place of culture and insight! If you enjoyed learning about the strange evolution of the Basque language, you can listen to an episode covering the same topic. Also, why not take a look at this article? It’s about how the Irish language shapes identity.