Oaths of a Strange Language: Translating Riders to the Sea into Spanish

‘Writing is, essentially, an exercise in introversion’. I once too hastily came up with this statement and, predictably, as soon as the words left my tongue, I regretted its obvious narrowness and limitations.

Perhaps, not ironically, my sentence prompted a series of exchanges which made it clear that writing also has extroversion at its core. To say that writing is introversion is no doubt an incomplete abstraction, even though looking inwards seems to be a step which, in the creative process, should precede the latter shift of focus onto the outer world.

Undoubtedly, writing is reaching out, verbalising the need to communicate and, on a good day, becoming all the less lonely for it. Someone wiser than this reflection once told me that a poem unread is a poem lost.

Translating Riders to the Sea into Spanish & Finding Ourselves Everywhere

I cannot help but concur; poetry, without a reader, is lacking a necessary further dimension, that of finding solace in shared angst or hope in shared joy, or, conversely, encountering a non-familiar feeling which opens a completely new horizon and provides just that necessary wisp of grassy air to keep us believing in the power of words.

Thus, it is no surprise that so much good writing is built upon feelings of brotherhood and companionship and that such connections have been fostered across countries and continents.

These sentiments were given a gorgeous rendering in Brian Desmond Hurst’s film adaptation of John Millington Synge’s Riders to the Sea, from 1935.

A play, a film and a translation

The opening credits and a non-committal tune are over, and we encounter a furious version of Sorolla’s Horse’s Bath, encapsulating, like the painting did, an entire way of life in a frame; then, the purple guts of the skies, threatening to fall heavy over the villagers’ shoulders, foretell the tragedy that is to come; faced with the signs, the three Mary’s group together in an all-familiar shape and pray that the young man does not walk towards the destiny that has already been written for him.

As a counterpart to this wild world, we are shown a humble but safe home, the basic implements to fix fishing nets or weave warm clothes hanging in the living area; the sleeping quarters always suggested, never shown.

Life is what happens in between these two spheres, and so is death. Northern Irish filmmaker Hurst capitalised on this visual dichotomy for his screen adaptation, and he ably portrayed the hardships of life in the Aran Islands.

This abusive relationship between the villagers and the sea, which both sustained life and took away its most precious treasures, was not alien to Galician writers in Spain, who saw in it a reflection of the working and living reality of their communities. But what made a Spaniard hailing from the much kinder and chilled Mediterranean coast, such as Juan Ramón Jiménez, feel identified with such hardships?

Was it, perhaps, the very contrast with the idyllic countryside world his work had hitherto portrayed? Perhaps, it was the close-knit community and its constant dance with the elements of nature that attracted him.

Most likely, Riders to the Sea fell on his hands through his wife Zenobia Camprubí, a half Puerto Rican, half Spanish writer and translator, who introduced Juan Ramón to a whole world of literature written in English.

Finding a Universe… and Translating It

Whatever the reason, when Jiménez came across Synge’s play in 1917, he found a universe which he thought was worth translating into his own. Such was the couple’s admiration for the Irish playwright, they bought the rights to translate all of Synge’s work, although, in the end, they would only ever translate this one play.

The task in hand was one which would deter any translator; a text peppered with dialectal forms, localisms and terms belonging to the country. An impenetrable world as closely held together as its community, unfamiliar to most in its everyday reality and in its corresponding verbal expression. 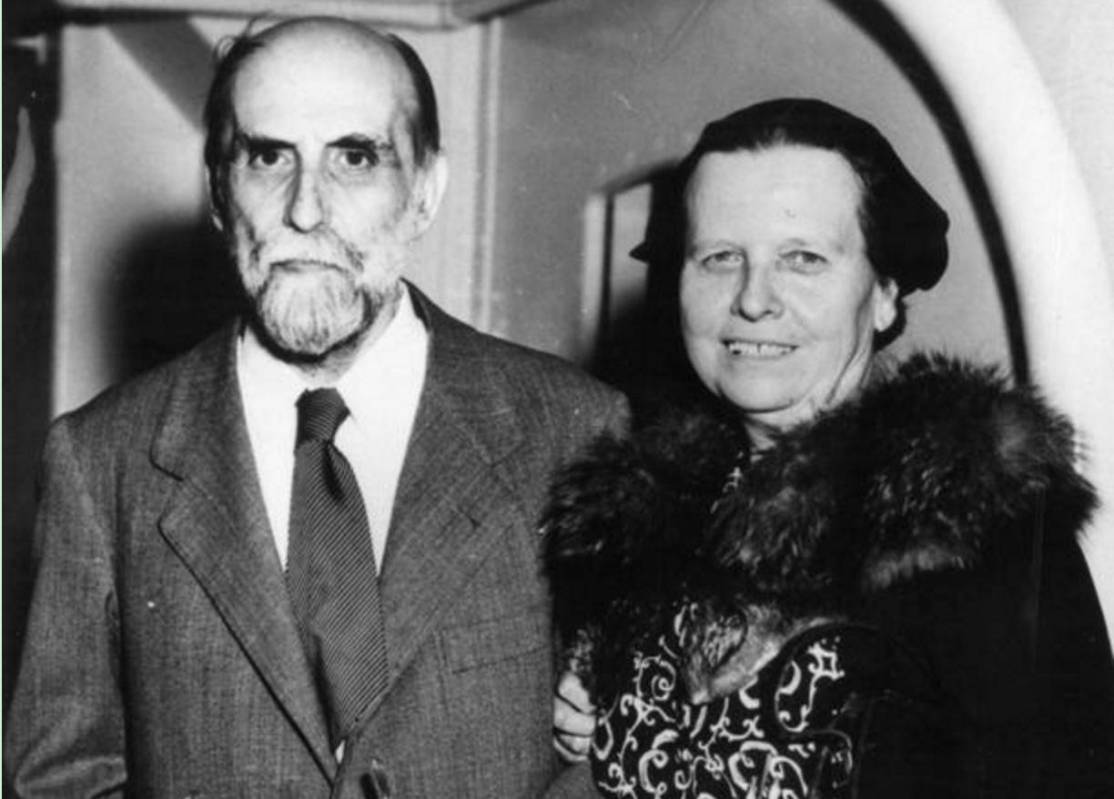 Juan Ramón and Zenobia’s translation has been both slated and praised for using Andalucian localisms and bringing it to close to home. Truth be told though, nowadays we take for granted our accessibility to knowledge and the amount of background information we acquire inadvertently; both these things help us fill in the gaps, whilst, before, much more was left to introspective intuition and perception.

From my point of view, the Spanish translation succeeds in protecting both the cultural and the linguistic ignorance of the townie, whilst giving voice to the country community, therefore reversing, for once, the object of literary exclusion.

Seeing through your ears and touching with your nose

Not long ago, I came across a post on Twitter where a young girl with a sensory condition encouraged people to tell her what their names were. Just the mention of a name prompted a very clear image of a taste in her mind; for example, if your name was Julie, then for her you tasted like peanut butter and salty crisps.

Needless to say, this ability made some squeaked with delight, whilst others resigned themselves to their lives being reduced to completely unappealing, even disgusting, flavours.

Such an alteration of the senses seems, in my view, more a rare gift than just a rarity, especially for a writer. Writers spend their lives trying to overcome the limitations that senses impose on them for the sake of a good description, and to squeeze meaning out of their outer and inner worlds.

A performance of Riders to the Sea.

Imagine not just being naturally predisposed to blurring any sensorial borders, but also being able to express such entwined reality through words.

Juan Ramón Jiménez had this extraordinary ability to perceive the world in all its glory; its counterpart was the inevitable dragging of the soul into its darkest corners. I suppose, in a way, it is no wonder that Riders to the Sea spoke to him; his inner world, alternating the most beautiful and the most miserable treats of being alive, was not so different to everyday life in the Aran Islands.

You can find our podcast here, where we discuss culture inside and outside Madrid. In addition, you can check out another article; we discuss an Irishman and Spaniard, both of whom invented the submarine.

Thank you for reading the incredible story of translating Riders to the Sea into Spanish. 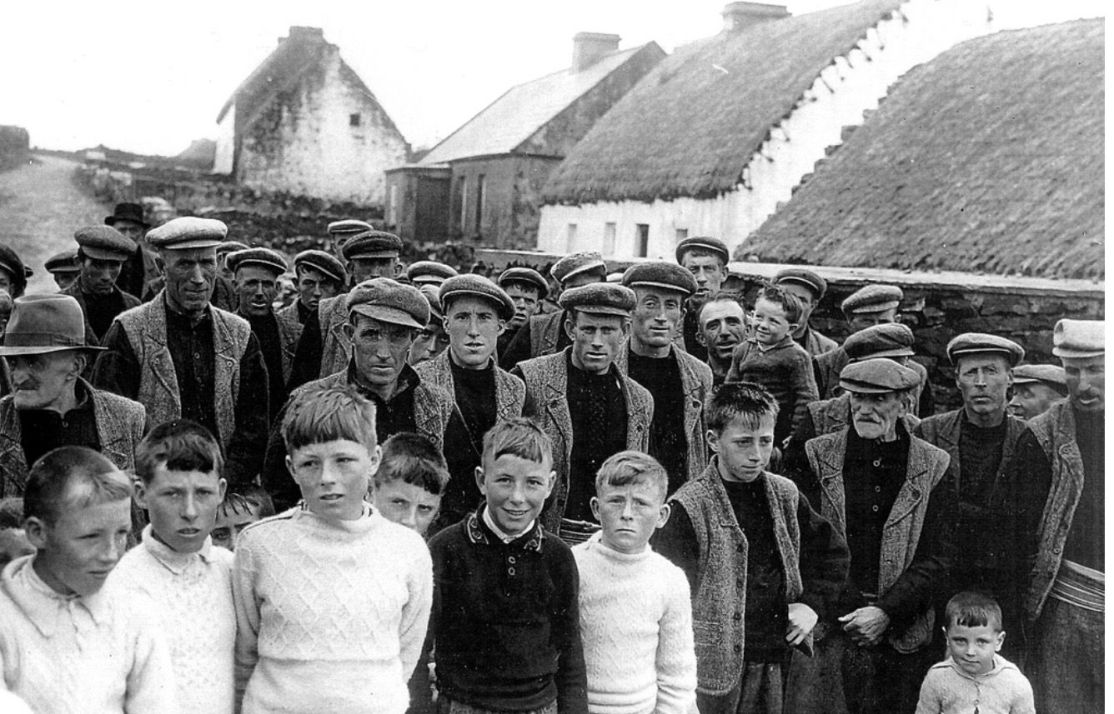