We recorded an interview with Irish Celtic – Spirit of Ireland.

They are an Irish show travelling the world, redefining the genre and bringing shots of Irish history through the prism of whiskey glasses and a classic father-son dynamic.

An Irish bar dominates the stage. Its wood and character are utterly convincing, and if I ignore the rows and tiers of seats behind me, I could settle a fierce thirst on the bar stool. It was here, on the wooden boards, where we conducted an interview with Emmet, the dance captain tasked with keeping everyone happy, and Anthony, the musical director.

Lights flashed while the set was waking up for its performance. We spoke about dancing, travelling and everything in between.

Emmet and Anthony both make a great impression. Emmet, for one, is a fellow Irishman and Liverpool supporter, and both were generous with their time and answers. Their roles are distinct, but they share the same enthusiasm and appreciation of the show.

On a hot Friday afternoon in June, we were all taken by the Spirit of Ireland.

A new type of musical

The plot centres around an exasperated Irish father, of which there are many, and his son, who has no cop on. Non-Irish people will recognize this as good-for-nothing. The son dances with his broom, thinking not of taking over his Da’s bar or aeons of Irish history.

A Celtic-infused set in a bar may sound stereotypical, but the lads and ladies of Irish Celtic – Spirit of Ireland make it fresh, compelling. As Anthony explained to us, the dancers move their arms freely and, on any given night, one of them might dance with the fiddle player. Or perhaps something else is improvised.

It’s a living, breathing bar. There is singing and dancing, and every night has its own unique energy,

Both are the children of dance teachers and they know all the steps. In Emmet’s case, he briefly gave it up before returning to it. He’s now been touring the world for around a decade.

I put it to them that this is more than an Irish dancing show, it’s a generational tale, of the past rubbing shoulders with the future. Anthony nods his head in agreement. He tells us that it’s really more of a musical, with acting, singing and storytelling.

Tunes from Braveheart and Last of the Mohicans drift magnetically across the stage, charged with sweeping romance and history. In the second act, a love triangle finds a bittersweet resolution through a dance number. 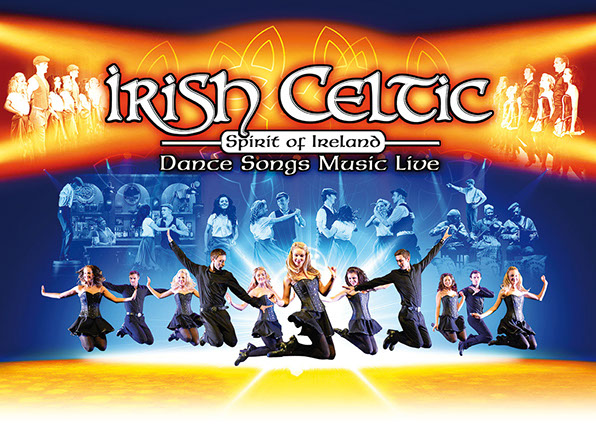 Interview with Irish Celtic – Spirit of Ireland: We loved it

The narrator paces the stage throughout the night. He speaks Spanish, corrects his errors before ending with a toast to the deep ties between Ireland and Spain. He does a good job of telling the Irish story in the Spanish language, though I balanced listening to him with listening to Meri, the other half of El Arpa!

In fact, they tell the story in the local language everywhere. Well, everywhere except China.

Meri, to continue the story, adores Irish culture and turned to me at various points throughout the show. A famous film critic sat next to us, enthusiastically explaining Irish history to his companion. Cheers from the crowd giddily reached the rafters as local references slipped through Irish-accented Castillian or as real whiskey was doled out to the audience.

Around the world, the reception has been enthusiastic. In China, the audience didn’t react emotively during the show but then mobbed the dancers afterwards. Emmet was at a loss for why they loved it so much, but both he and Anthony remarked upon how Chinese fans show their appreciation in a different way.

At one point in the show, there’s a dance-off between the old and new styles of Irish dancing. Meri, in one of her numerous asides during the performance, which is apparently fine in Spain, explained that their movements, inside heavy shoes, are quite difficult to perform. She studies tap, and in the clippity-clop world of dance, all footwear is created equal.

So, from the heart-rendering Parting Glass to the lonely call of Irish pipes, we saw, we clapped, we rejoiced. Good job, everyone!

You can listen to the podcast version of this interview here. You can check a similar blog post by following this link; in this article, we profile Irish Treble – a group of Spanish dancers and musicians keeping rhythm to Irish beats.