What if behind every shopfront was a story, behind every facade a personal tale? Well, in an old neighbourhood in Madrid, our Lavapiés Street Tour shows just that.

On our street tour, a bar is never just a bar. The hairdressers never just a place to cut your hair. And the cinema? It’s one of the oldest in Madrid, the storehouse of a neighbourhood’s memories, the evidence of how the world developed and mastered the cinematic medium.

Our Lavapiés Street Tour: The Stops

Let’s meet the ghosts of the past.

On our Lavapiés Street Tour, the surprising connection between the early days of aviation and chemistry is revealed. Barbershops are identified by their pole, and many pharmacies carry a miniature hot air balloon on their facade.

This is a story involving poetry, prostitutes and fashion, populated by daring vodka-inventing scientists and dashing Italians.

Incidentally, a secondary use for the balloon was to distinguish chemists from herbalists – herbalists were seen as quacks back in the day.

The Cinema & A Hollywood Murder

A famous young bullfighter foresees his death, with funeral candles in his nostrils and doubt in his heart. Elsewhere, two Hollywood hopefuls concoct a fake murder plot in order to get cast in a movie. These stories, and other such tales, illuminate the interior of Cine Doré, flickering on the wall, with the essence of Madrid in each frame.

Rumour has it that the name for this venue comes from The Sound of Music, when Julie Andrews teaches musical scales to her young charges. 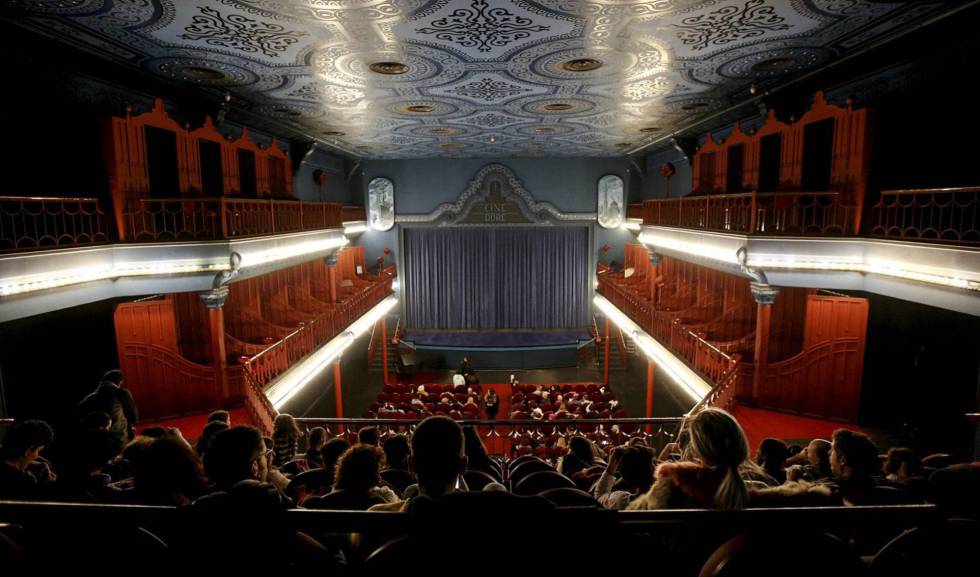 In the middle of our Lavapiés Street Tour, we will go to where Santiago Ramón y Cajal, the scientific giant, got his hair cut. Inside, old instruments are ready to be observed. In the past, visitors from the country would get off trains from nearby Atocha and make themselves more presentable for the big city!

Beautiful, traditional tiles will also be on display. They are a stunning example of local craftwork, and Meri will explain in great detail about each, beautifully illustrated panel. 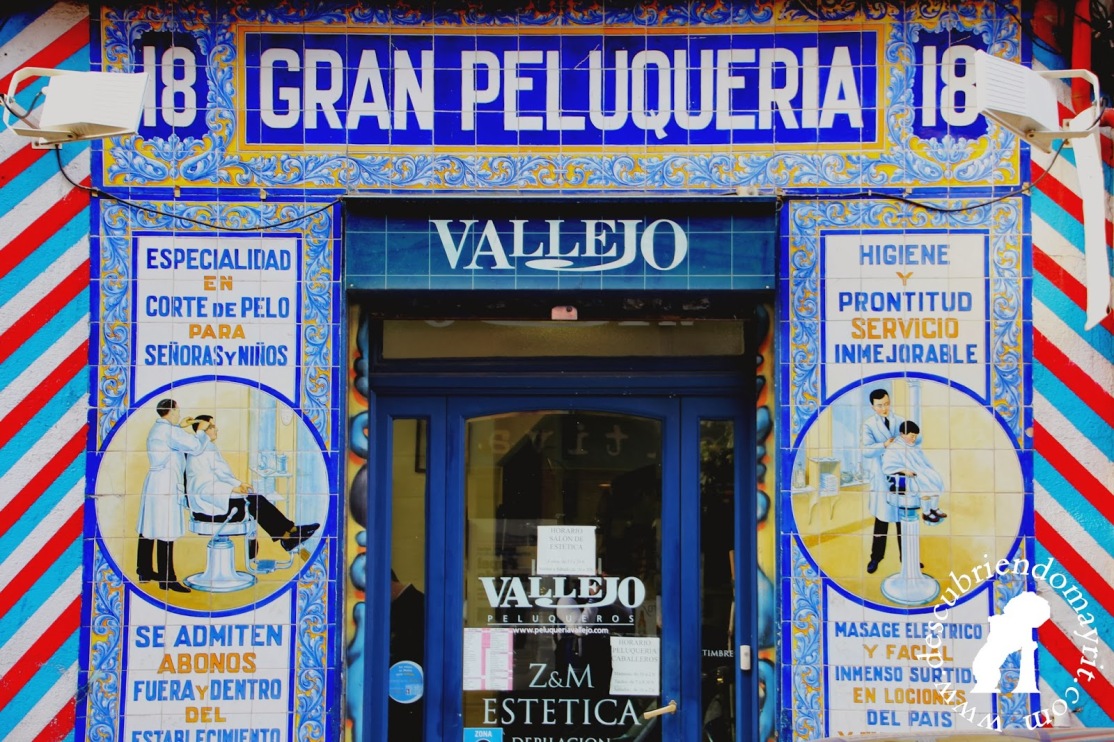 The Antonio Sánchez bar is more than a watering hole. It’s a living, drinking museum. The counters are the same, as are the decorations on the wall. Outside, vintage adverts offer the sale of wine to priests, who can sanctify it. Torrijas, so delicious and famous they were eaten by Alfonso XIII every day, are also advertised.

And during the French invasion, a handful of rebels killed some French soldiers and hid in the barrels in the cellar of this bar. After liberation, and before the paint was dry on Goya’s canvasses, people toasted their freedom with wine from those very same barrels. 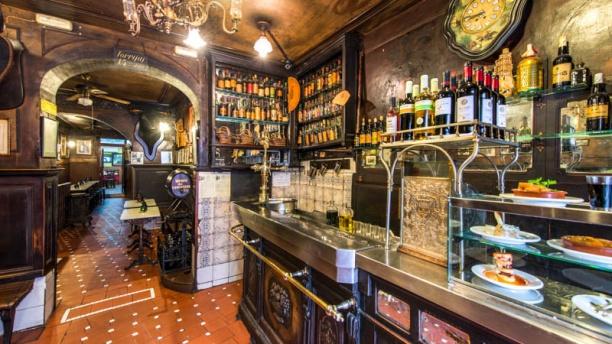 Booking our tour is quite easy!

It costs 12 euros per person, and you don’t need any special equipment. A comfortable pair of shoes will see you glide around the neighbourhood, propelled by our enthusiasm and our surprising trivia! Book our tour on Airbnb or by contacting at elarpamedia@gmail.com. We’ll give you more than the map of the city – we’ll give you its beating heart.

We always meet at Farmacia del Globo in Plaza Antón Martín, before going down Calle de Atocha, hitting the cinema, hairdressers, and the fish shop. We then loop around and finish near Plaza Tirso de Molina, with the Antonio Sánchez bar.

If you can’t make it to Madrid, the tour is also available online – follow this link and find us on Google Maps, where you can follow our awesome tour!

Find more culture on our podcast. You can discover more stories about Madrid there, or with our other blog posts. Why not read about our cultural life in the city?

We are currently updating our app, but stay tuned for that. We offer audioguides for various neighbourhoods around the Spanish capital.